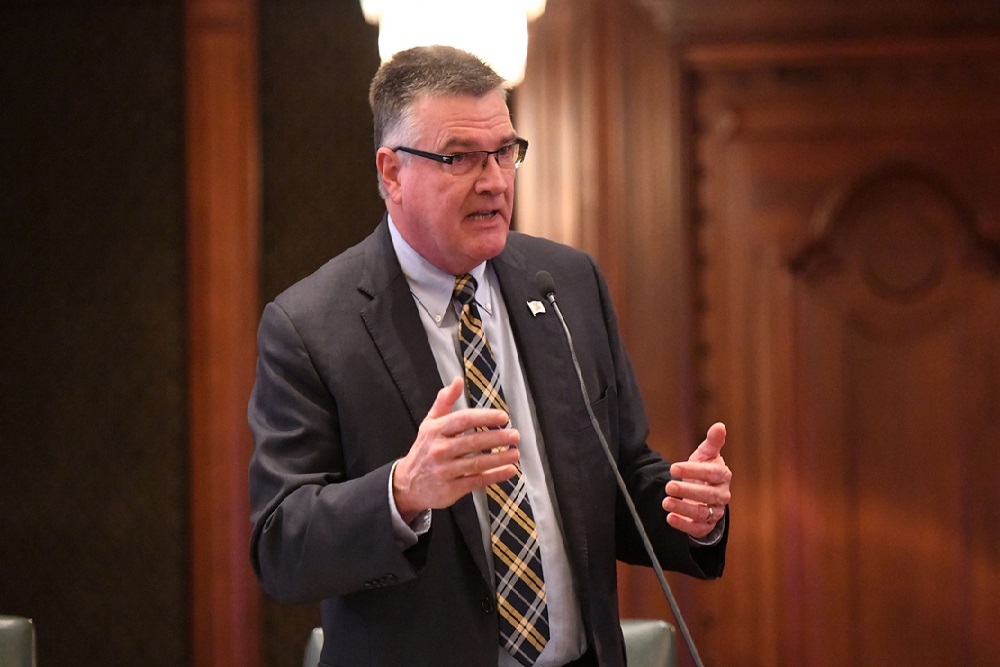 Rep. Frese this week called for the Speaker’s resignation, and for a special legislative session to be called immediately to address corruption.

“Under decades of Speaker Madigan’s complete control, Illinois’ culture of corruption has thrived and grown. How many of his cronies’ offices have to be raided, how many indictments have to be handed down before we all demand action?” asked Rep. Frese. “If the Speaker truly cares about the future of this state he needs to do the right thing and step down immediately.”

Rep. Frese also stressed that Speaker Madigan during the recently completed fall veto session refused to advance more than a dozen ethics reform bills filed by House Republicans. He and his Republican colleagues also called for a special session of the General Assembly to be called immediately to address real, meaningful ethics reform legislation that will help end Illinois’ culture of corruption.

Original source can be found here.

Want to get notified whenever we write about Illinois State House District 94 ?

Sign-up Next time we write about Illinois State House District 94, we'll email you a link to the story. You may edit your settings or unsubscribe at any time.